Skip to content
10 Comments on The German ShepherdPosted in Uncategorized By Dorrie HilgartPosted on March 15, 2020May 16, 2020Tagged Dogs 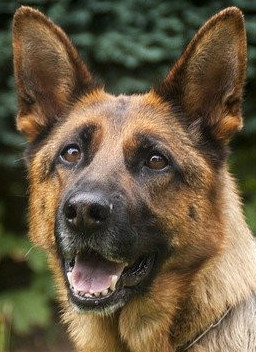 The Fuzz Buster, The Po Po, The Donut Eaters, Firmness, Strength, Agility, Speed, Attentiveness, Unshockability, Tractability, Reliability, Loyalty, Watchful, Courageous, and We Call Them The Drug Dogs, The German Shepherd Police Dogs. I’m going to give you a few tips on Dog Collars Training Tips. Then I’m going to tell you about the mighty German Shepherd dog and the work and training these dogs have to go through to make it as a police dog.

I want to introduce you to the donut eating German Shepherd. Their Several, types of this breed and Several, color combinations Grey, black and silver, black, black and brown, sable, sable and black. These German Shepherd Dogs are a medium to large – sized dog. Their life expectancy is from around 9 years to 13 years old. They typically weigh 75 to 95 pounds and they originated from Germany. These dogs are the second most popular dog in the west. The German Shepherd Police Dog.

A few tips when training with dog collars, When training with dog collars it can be a very useful tool. It’s for teaching your dog to obey commands because the dog collar restricts their natural inclination to run, investigate, wander, and mark their territory. All dogs should be trained especially the large breeds that can pull their trainer along, they could jump on people, and show aggression to other dogs. Most dogs want to please their owner and that has an advantage to shape their behaviors. According to Louis Robinson a retired Air Force K-9 handler, a fully trained explosive detection dog is worth over 150,000, considering the lives it may save. Police dogs can and do bite with up to 240 pounds of force or more. They are trained to contain threats (bite and hold) if the subject stops resisting and fighting back the dog will release them.

Some Of Their Features

The most striking feature of the correctly bred German Shepherd Dogs are incorruptibility together with courage, fighting tenacity, and hardness the strength and bite force they have the trainers have to wear special heavy-duty full body armor suits to train them. Their so amazingly versatile excelling at most anything and everything they are trained to do in police and military services. These German Shepherd Dogs are the most used breed in Law Enforcement, their the second smartest breed in the world. How they rank to be top dog they have to obey a command without being told more than five times and 95 percent obey on the first command.

German Shepherds are elite working dogs. They start their training from the moment they stop feeding on their mom. Really they start their training that same day. Years ahead of these elite German Shepherd Dogs their blood lines are researched very extensively. Their trainers hand pick the mother and father and research each dog for health, bone, temperament, degenerative myelopathy, and elbow and hip Dysplasia. German Shepherd dogs can experience bloat. It’s life threatening swelling of the abdomen, owners need to educate themselves on these symptoms for what they should do if bloat happens to your dog. This is why their trainers go through an extensive background check of family and pair the mother and father up they breed the best of the best. These K-9 police dogs protect and serve our country and put their lives on the line and sometimes they don’t make it.

Lost In The Line Of Duty

So this is in memory of some of our fallen courageous and brave K-9’s we have lost in the line of duty.

Hondo, a K-9 with the Herriman City’s Police Department was shot and killed in the line of duty while assisting US Marshals Violent Fugitive Apprehension Strike Team, serve a warrant on a dangerous fugitive. The wanted subject exited some apartments and pulled a hand gun out, as he fled on foot. As K-9 Hondo attempted the apprehension of the subject he was shot as task force officers fired at the subject. The wanted subject was also killed. K-9 Hondo served in Law Enforcement over four years. Hondo helped with over 100 felony arrests and took hundreds of pounds of narcotics off the streets. Hondo was a true warrior and his actions assured his loving friend and partner would return home to his children, wife, and family.

K-9 Haas served with Duluth Police Department in Minnesota. Haas was 3 years old and had only been on the job for 2 years. January his handler responded to a domestic violence call. Subject barricaded himself inside of his home as officers made it to the scene. Negotiators tried to talk him down when he opened fired killing K-9 Haas and wounding an officer. Police returned fire and suspect was found dead in his home a short time later. K-9 Haas was certified in narcotics and patrol.

Able was killed by an unknown substance during an explosives training deployment in Dallas Texas. He became ill and experienced renal failure. His condition worsened and 10 days later he died of complications. Able was in the United States Department of Justice Bureau of Alcohol, Tobacco, Firearms, and Explosives. He worked 5 years as an explosive detection K-9. His End Watch Saturday, January 5, 2019.

K-9 Jake worked for 5 years with the Alabama Department of Correctional. He was performing a search for contraband of narcotics and was exposed to a synthetic cannabinol Flora ADB at the Staton Correctional Facility. He was searching a dorm when K-9 Jake alerted a powder substance. He became unresponsive and was rushed to the prisons care unit where the nurses put a IV in him and did CPR. He was then taken to Auburn Vet Clinic where he passed away 2 days later.

These are just a few of our brave and honorable Law Enforcement dogs. ( Not all of these Police Dogs are German Shepherds. They use all kinds of breeds for different tasks and they all put their lives on the line.) Their not just mans best friend. These K-9’s in any situation they are called upon put their lives in harms way every day to protect and serve our country. Their loyal, fierce, loving, courageous, and they will die to protect their handlers and their country. I am proud as a citizen of the United States of America to Honor the Fallen. The German Shepherd Police Dogs, The Po Po. The Fuzz Busters. In Loving Memory of The Fallen. Our Country’s Hero’s.

10 thoughts on “The German Shepherd”